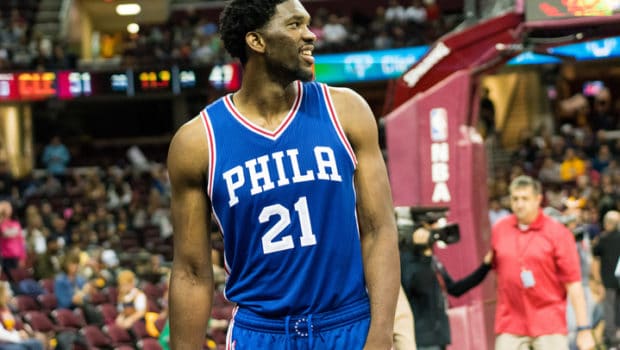 The newest iteration of the Sixers will roll out tomorrow night when the Thunder come to town to open the 2016-17 regular season.

So, what are we to make of these guys?

It would have been nice if they could have held on to Ish Smith, who averaged 14.7 points, seven assists and 1.3 steals in 50 games (50 starts) as one of the lone bright spots last season. But all in all, the 76ers’ offseason moved them in the right direction.

Simmons: The 6-10 forward heads to Philly as the team’s fifth lottery selection in four years, with sky-high expectations and superstar potential. But the 76ers will have to wait until he full recovers from October foot surgery. There isn’t an official timetable for his return, but once he’s 100%, you can expect the No. 1 overall pick to make an immediate impact as the focal point for this young and inexperienced team.

Embiid: The 7-foot, 250-pound center was forced to sit out the past two seasons after having two foot surgeries, but Embiid is finally ready to make his NBA debut. It’ll take time to get in the swing of things, but if he can avoid any major setbacks, expect the 22-year-old to be a difference-maker this season.

Logjam? With the small ball revolution sweeping the NBA, the additions of Simmons, Saric and Embiid to a frontcourt that already featured Jahlil Okafor (No. 3 pick; 2015), Nerlens Noel (No. 6; 2013) and Richaun Holmes (No. 37; 2015) almost guarantees that someone will eventually be subtracted from the equation. But who? And when? How coach Brett Brown deploys his band of big men without sacrificing player development will be something to watch.

How good can they be? Good things take time. The 76ers are on the right path, but don’t expect anything more than another trip to the lottery from a team that has won a total of 47 games over the past three seasons.