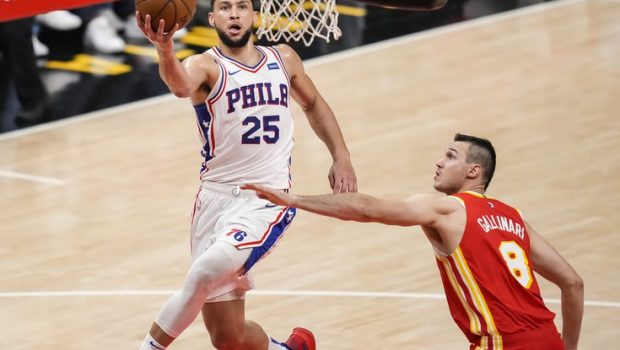 ‘SIXERS OPEN TO BRINGING SIMMONS BACK,’ ESPN IS REPORTING!

Ben Simmons on the verge of being traded out of town?

ESPN’s Ramona Shelburne is reporting the Sixers have options:

“The Sixers are open to bringing him back,” Shelburne said on yesterday’s edition of “The Jump.”

“The Sixers, in a lot of ways, I think they would prefer that.”

But Simmons may want to go after his disastrous playoff performance in June and the criticism fans and the media have leveled at him.

Shelbourne said the Sixers have been trying to smooth out their relationship with Simmons, and they would prefer not to trade a Defensive Player of the Year contender who’s on the verge of reaching his prime at just 25 years old.