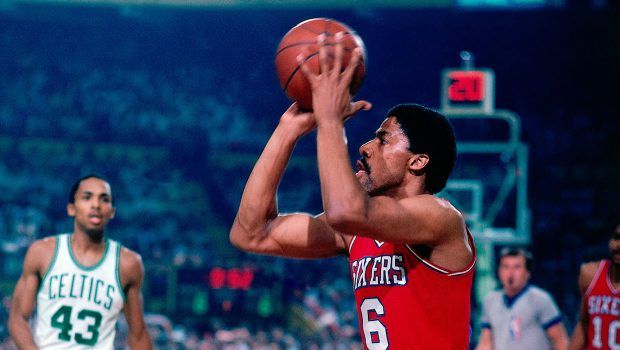 The Sixers had just let a 3-1 series lead slip away in the 1982 NBA Eastern Conference Finals and now they faced Game 7 against the Celtics in Boston Garden, where the percentages said no one goes in and prevails. On top of that, history appeared to be repeating itself. However, Julius Erving led Philly to a 120-106 win and the Boston crowd chanted, BEAT LA, BEAT LA!