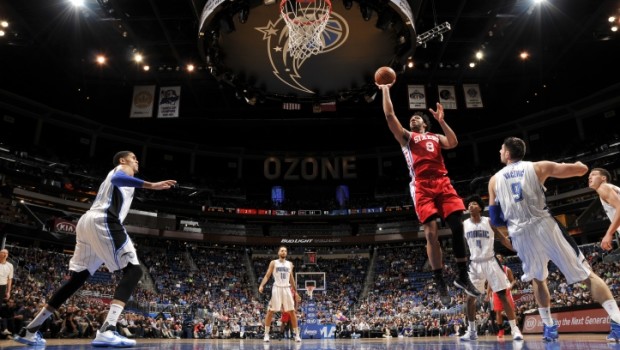 SIXERS’ OKAFOR HAS AMPED UP HIS GAME, DASHED DURABILITY MEME

Sixers rookie center Jahlil Okafor has amped up his game and has started to dispel some memes about his durability.

In averaging 30.7 minutes the first half of the season, logging his best play on offense and playing more as a Sixers rookie than he did in 2014-15 at Duke, Okafor is answering one of October’s story lines.

Namely that conditioning will not be an issue for him.

There have been questions about how he fits into the future Sixers big-man rotation with Nerlens Noel and a sound Joel Embiid, but Okafor quickly dismissed concerns about whether he was up to the physical challenges of the NBA. That is more than a minor development for the first-year class at the midpoint.

The No. 3 pick leading all NBA rookies in minutes per game is a statement beyond the state of the 76ers’ roster. Okafor has not only carried a full workload, he has averaged 18.1 points and shot 61.1 percent in January, just as he passed his totals as a Duke one-and-done in appearances and minutes.

Not only that, the opposite of wearing down has come with Philly playing the sixth-fastest pace in the league. There have been many chances to come off as someone who just went face first into the invisible wall as a lot of executives and scouts nodded knowingly, but it hasn’t happened. Okafor has supplied the answer, remaining in a solid position near the top of the Rookie of the Year sweepstakes.