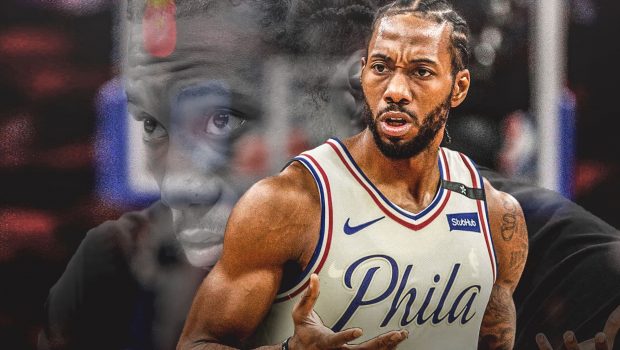 If you’re a Sixers fan wondering why they weren’t able to trade for San Antonio Spur Kawhi Leonard, here’s a clue:

They wanted the Sixers to throw in Benny Simmons, the rookie of the year and one of the building blocks, along with JoJo Embiid, of the team’s future!

The also reportedly nixed throwing in Markelle Fultz, whose offseason progress has impressed everyone who has seen him in action in L. A.

But the Spurs placed a far more unreasonable restriction on Sixers:

The Spurs made it clear any deal with Philly would require Ben Simmons or Joel Embiid (likely Simmons), and the Sixers weren’t going anywhere near that, league sources say.

Given their age and contract status – and, in Simmons’ case, health – Simmons and Embiid are each way more valuable than Leonard. There’s no way the 76ers would have dealt either of those two for Leonard.

Which apparently took a still-viable suitor off the table for San Antonio.

Between Fultz, Dario Saric, Robert Covington, Zhaire Smith, the Heat’s 2021 first-rounder and Sixers’ own picks, the 76ers could have assembled a better package than the Raptors sent the Spurs for Leonard. Maybe the 76ers wouldn’t have. But it would have been worth at least exploring.