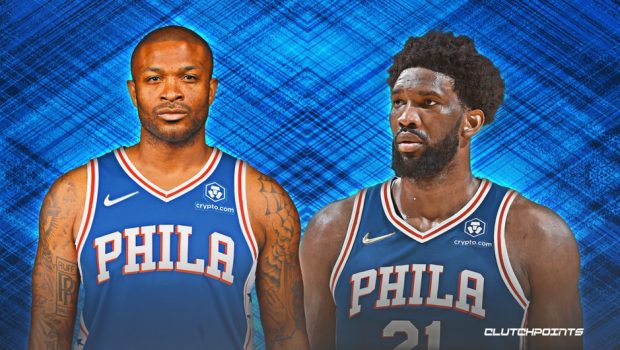 PJ Tucker had an arthroscopic surgery on his left knee during the offseason.

This injury news is somewhat surprising to fans who were not aware that Tucker had undergone a procedure.

It is great news that he’ll be able to practice right away at training camp and not miss any time due to injury. It will be monitored how the 37-year-old deals with coming back from this knee injury and how it affects him this season.

The 76ers are now P.J. Tucker’s sixth team in his career. He played for the Miami Heat last season, the Milwaukee Bucks the season before, and the Houston Rockets the year before. He has consistently been on competing teams as a role player, as teams find him desirable in that sense.

In July of this offseason, Tucker signed a three year, $33.2 million contract with the 76ers to join a talented team that includes Joel Embiid, James Harden, Tyrese Maxey and Tobias Harris. The addition came with some controversy because of tampering speculation, but Sixers president Daryl Morey talked about the importance of the Tucker addition at Monday’s Media Day:

The 76ers announce PJ Tucker had an arthroscopic surgery on his left knee during the offseason, and that he will be ready to participate in training camp tomorrow in Charleston, S.C.