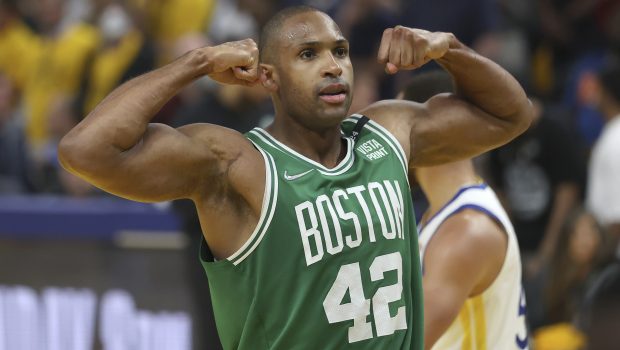 SIXERS NEVER SAW THIS FROM HORFORD: 26 AS CELTS STUN DUBS!

Ex-Sixer Al Horford came through with 26 points, six rebounds, three assists, six triples, one steal and two turnovers across 33 minutes in the Celtics’ Game 1 120-108 win over the Warriors.

Horford hit a big-time 3-pointer with five minutes left to put Boston up by three, giving them their first lead of the fourth quarter, and he continued to provide key buckets down the stretch to keep the Celtics on top.

He’s been a major X-factor for Boston this postseason, and he’s a difficult matchup for Golden State.

Al Horford did not disappoint in his NBA Finals debut, leading the @celtics in scoring with 26 points and setting a record for three-pointers made in a Finals debut (6)! pic.twitter.com/YKr5IQgyXm