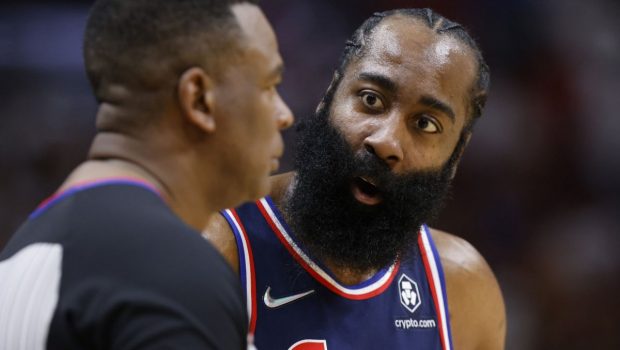 After having his best game of the series in the Sixers Game 4 win on Sunday, Harden fell flat.

That didn’t happen, and when combined with Joel Embiid having a quiet night and Tyrese Maxey (9/3/1/1 with one 3-pointer) going 2-of-10 from the field, you have the makings of a blowout.

Harden has now scored 17 points or fewer in three of the five games of this series, and Philadelphia is going to need a far better performance from him in Game 6 if they’re to extend the series.

Congrats to @JHarden13 of the @sixers for moving up to 18th on the All-Time Playoff Steals list! #NBA75 pic.twitter.com/f5OFUKayOT