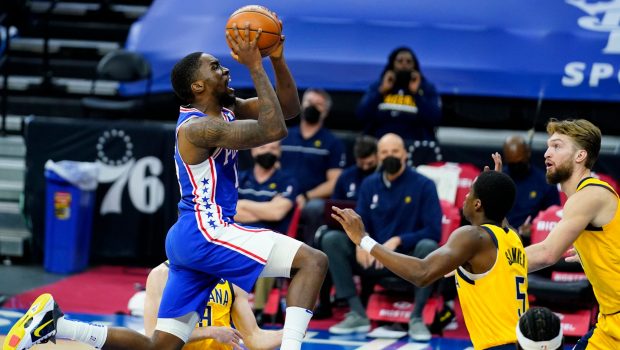 While every hoop-head in Philly is still stewing at and about Ben Simmons, Bleacher Report’s Grant Hughes says Sixer Shake Milton has stirred interest on the Left Coast.

For the Los Angeles Clippers, Hughes writes, Shake Milton is their target:

“Shake Milton ranked right between Kawhi Leonard and Kyrie Irving in total drives last year, despite playing 300 fewer minutes than the former and 400 fewer than the latter. … [if Leonard leaves], Milton is someone they could pursue as a replacement.”

Although he was in and out of the Sixers playoff rotation this season, his performance from downtown in game 2 against the Hawks make him worth keeping.