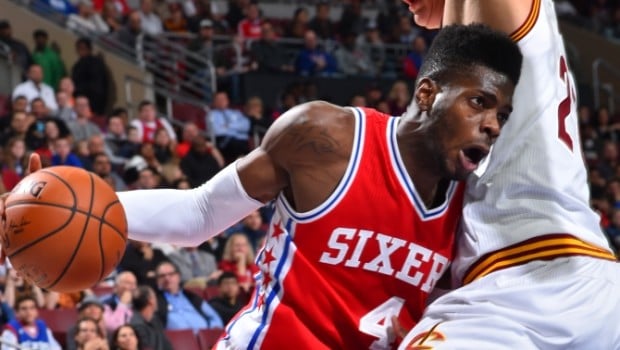 The Sixers take their 0-3 record out for a spin in the midwest, and the Milwaukee Bucks (1-3) are first up tonight.

It will be a reunion of sorts, with former Sixer Michael Carter-Williams taking the floor along with Jabari Parker, last season’s rookie standout who has been out since December 2014 with an ACL injury.

In their most recent game, the Sixers turned in arguably their best offensive performance of the season, despite falling to the Cleveland Cavaliers, 107-100, on Monday at the Wells.

Milwaukee enters the match-up coming off its first win. After opening the season with three straight losses, the Bucks scratched and clawed out a 103-96 victory at the Brooklyn Nets on Monday night; however, Carter-Williams sustained a left ankle injury in a game that featured seven lead changes and 10 ties. Last year, Milwaukee experienced the NBA’s top turnaround, improving by 26 victories to finish 41-41, and earning the sixth-seed in the Eastern Conference Playoffs.

Pairings with Milwaukee haven’t been too kind to the Sixers as of late. Not only did the Bucks take all four meetings last season by a minimum of 10 points, they’ve won six games in a row against the Sixers, and nine of the past 11 contests between the two teams. The Sixers’ most recent win at the BMO Harris Bradley Center occurred more than three years ago, in their second-to-last game of the 2011-2012 regular season.