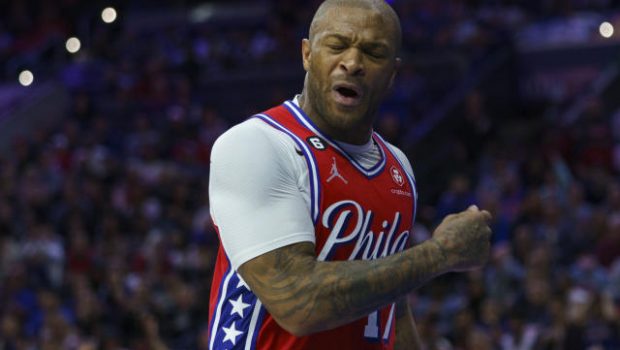 SIXERS MELT DOWN WITHOUT JOJO AND HARDEN!

Obi Toppin hit a 3-pointer and Jalen Brunson finished off a three-point play as the New York Knicks rallied from 12 points down to beat the Sixers 106-104.

The Sixers played without star center Joel Embiid (flu) for the third game in a row and star guard James Harden, who is out a month with a foot injury.

Tyrese Maxey scored 31 points, Tobias Harris had 23 and Montrezl Harrell added 14 for the Sixers, who have lost two straight. The 76ers shot 13 for 47 on 3s.

Maxey missed a 3-pointer that would have given the 76ers the lead with 29 seconds to go. De’Anthony Melton also missed a 3 with 1.2 seconds left.

Philadelphia gave up a double digit lead in the fourth quarter by being outscored 16-5 in a span of 5:30.

“They went small and they started switching everything,” Philadelphia coach Doc Rivers said. “We stopped attacking. We stopped trusting.”

The Knicks started slowly and struggled with turnovers (17) through the first three quarters, but they shot 10 for 18 in the fourth with only four turnovers.

Maxey scored 10 consecutive points in a span of 1:46 in the third quarter to help the 76ers build their lead.