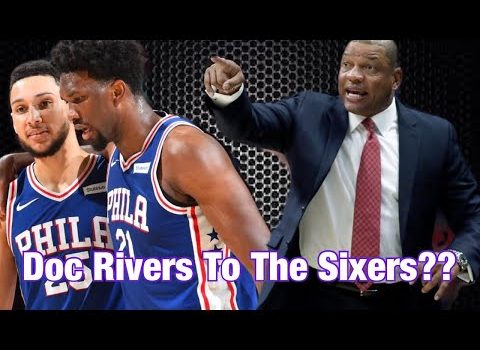 The Sixers and Doc Rivers, who parted ways with the Los Angeles Clippers earlier this week, are meeting today to discuss their vacancy, reports John Clark of NBCSP.

Rivers, who won a championship coaching the Boston Celtics in 2008, spent the last seven years of his coaching tenure with the Clippers, but that came to an end following the team’s disappointing exit in the conference semifinals to the Denver Nuggets, in which the team blew a 3-1 series lead and fell in seven games. The team never advanced past the conference semis under Rivers’ watch. Still, he is a respected name around the league and has won plenty of games during his coaching tenure, accruing a 943-681 record in his career.

Philly has been linked to a number of big names in their search to replace Brett Brown, with names like former Houston Rockets coach Mike D’Antoni and former Cleveland Cavaliers coach (and Rivers’ ex-assistant with the Clippers) Tyronn Lue popping up in their search. Some reports have gone as far as to say that D’Antoni is the favorite, in part because of a wild plan to eventually lure James Harden to the City of Brotherly Love, but it appears that calculus may have changed now that Rivers is available.

One thought on “SIXERS MEETING WITH DOC RIVERS TODAY ABOUT COACHING JOB!”