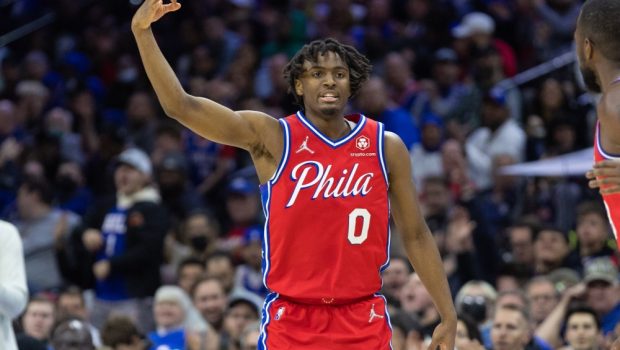 Tyrese Maxey injured his left ankle against the Bucks and left the game after just 21 minutes, according to ESPN’s Adrian Wojnarowski.

Maxey was cooking before the injury, putting up 24 points, four rebounds and five assists.

Woj reports that X-rays on his foot were negative, but he’ll get an MRI on Saturday.