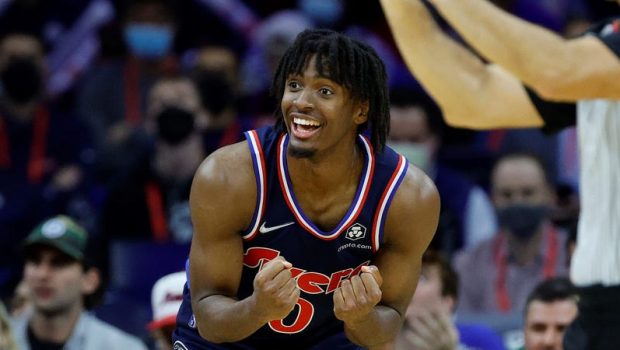 SIXERS MAXEY HAS BEEN NBA’S 2ND-BEST 3-BALLER SINCE FEB. 20!

Tyrese Maxey was phenomenal last night in the Sixers win at Indy.

During that stretch, he’s been the 2nd-best 3-point shooter in the NBA, behind only Luke Kennard of the Clippers, who is 58-for-116 for 50 percent.