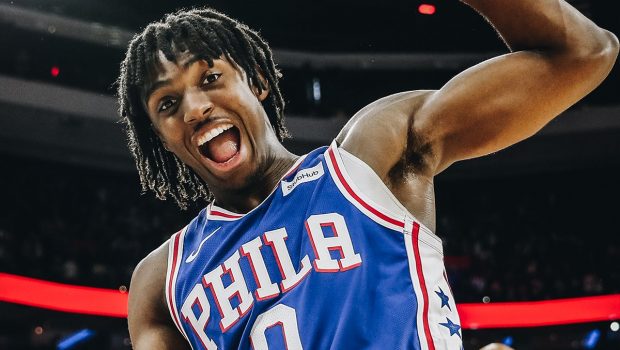 Kevin Durant had 13 points for the Nets, Kyrie Irving had nine points and four assists and Ben Simmons — making his first appearance for Brooklyn since he was acquired from the Sixers last season — added six points and five assists.

The marquee matchup featured potentially two of the strongest teams in the Eastern Conference with superstars on both squads. There are the questions about Simmons, traded last season to the Nets for James Harden, and whether pairing him with Durant, Irving and other pieces will be enough for the Nets to eclipse last season’s disappointing 44-38 record.

As for the Sixers, having Harden with MVP runner-up Joel Embiid for a full season should solidify Philadelphia’s spot as a top contender in the East.

Harden, Embiid and new Sixer PJ Tucker sat it out.

all in 14 minutes. @TyreseMaxey was in mid-season form tn.