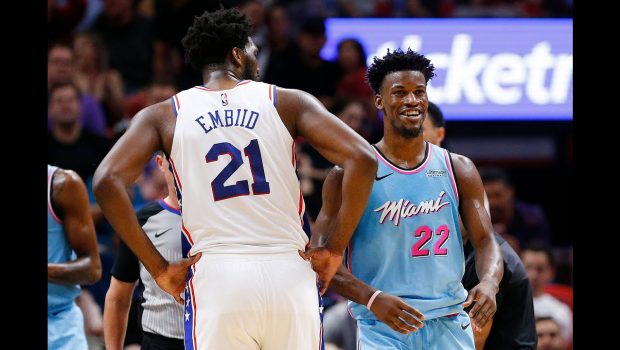 Minutes after the game 3 loss to the Boston Celtics last week, there was footage of former Sixers coach Brett Brown kicking a chair, knowing damn well he would be fired for his anemic coaching job, effort, and overall performance that was on display in the terrible four-sweep to the bitter rival up North!

The next day, after being banished from the NBA playoffs, Brown was relieved of his duties as head coach. He was never able to get the maximum play of this group of players that most thought could compete for an NBA title.

The search for a new coach begins.

But before looking at possible replacements, reliable information has surfaced that Jimmy Butler’s departure last year was due to clashes with Brown, which made this worse

The front office actually believed that Brown was more valuable to keep employed than an All-Star small forward in the prime of his career!

The coach search commences now, with lots of candidates including Villanova head coach Jay Wright, who who would be perfect for the job.

He has an ability to get different groups of players to focus and play tough defense the whole game, which was clearly one of Brown’s shortcomings.

Others to be on the Sixers radar Jason Kidd, currently an assistant with the Lakers — Kidd was a great point guard back in the day and could give Ben Simmons pointers on playing the position.

Kings coach Dave Joerger has been mentioned too as a defensive minded HC. Tyrone Lue, Mike D’Antoni also are listed to be in the running.

The abrupt ending to this season is a major disappointment for the fans, and this club needs a fresh voice that can get the most out of an Embiid, Simmons-led team.

Brett Brown was clearly not that guy.