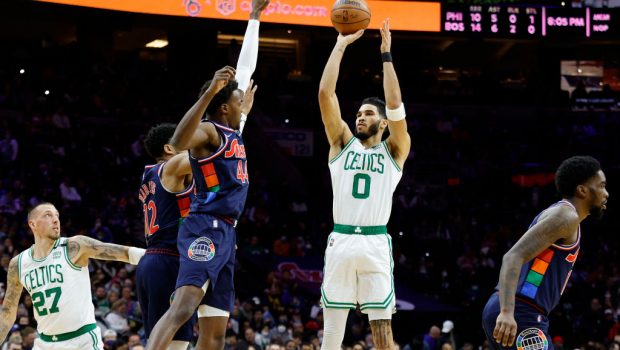 The margin was the largest by the Celtics over the Sixers in a rivalry that has been played 457 times. Boston’s previous biggest win was a 124-87 drubbing of Philadelphia on Dec. 20, 1987.

Joel Embiid had 19 points and nine rebounds for the 76ers. The NBA’s leading scorer entering the contest averaging 29.5 points, Embiid had his string of games with at least 25 points end at 31 in a row.

Last night, The Celtics made 25 3-pointers vs the Sixers. The Sixers made 23 field goals total.

This is the first time in the 3-point era (since 1979-80) that a team made more 3-point FG in a game than their opponent had total FG.
(H/T @EliasSports) pic.twitter.com/3Gc2frkvDW