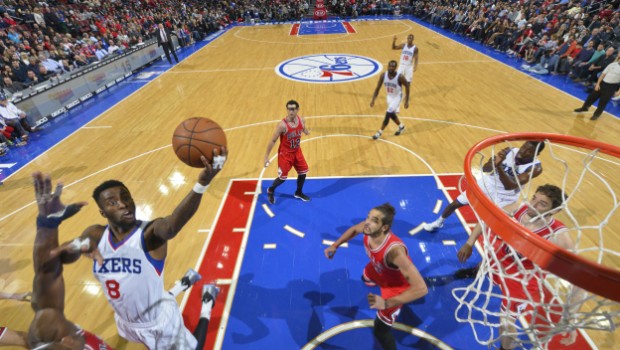 But yesterday the team announced that Wroten has suffered a torn ACL and will undergo surgery.

The announcement of Wroten’s injury is not surprising, as he has missed the team’s last five games due to a knee injury, an indication that the injury was a serious one.

Here is a complete statement from general manager Sam Hinkie on Wroten’s status:

“During our game against the New Orleans Pelicans on January 16, Tony Wroten suffered an injury to his right knee. Over the past week, we have worked closely with Tony, our medical and sports performance teams, his representatives, and renowned specialists in order to reach an accurate diagnosis and provide him with the best possible care.

“After this extensive process, it has been determined that Tony sustained a partial tear of the anterior cruciate ligament in his right knee and that the best course of action for Tony’s basketball career is to repair his ACL surgically. While the precise timing and details of the procedure are still being finalized, what has been determined is that the ACL will need to be surgically repaired.

“Until the procedure takes place, we are unable to provide a specific timeline for his return to play.”

A third-year player, Wroten is averaging 16.9 points, 5.2 assists and 2.9 rebounds this season.

Although the Sixers did not rule out Wroten, the team has a history of being extra cautious when it comes to returning from injury. Center Nerlens Noel missed all of last season with a torn ACL, and rookie center Joel Embiid is expected to miss a large portion, if not all of, this season with a broken bone in his foot.

Wroten is under contract with the Sixers through next season.