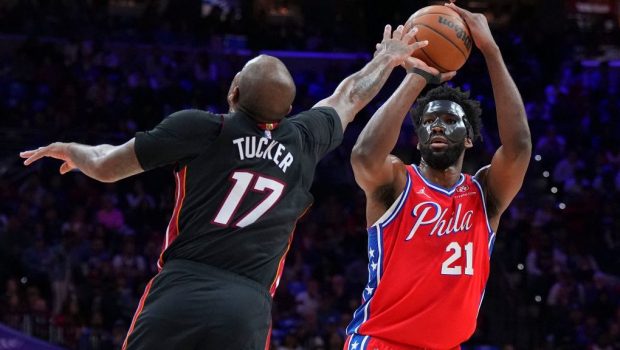 The Sixers are said to be looking to acquire free agent P.J. Tucker, and are also looking to move Matisse Thybulle and a pick in order to create cap space.

Tucker is a proven winner and a lockdown defender, which makes Thybulle expendable.

And a team with James Harden, Tyrese Maxey, Tobias Harris, Joel Embiid and others is going to be a force to be reckoned with as long as they’re together.

It was reported on Monday that Tucker declined his player option for the 2022-23 season, which means that he’ll be an unrestricted free agent on July 1.

Miami has made it clear since the end of its season that Tucker is a valued member of the team’s rotation, so look for the Heat to pull out all the stops in order to bring him back.

But the Heat will have plenty of competition for Tucker’s services, including the 76ers.

The combination of defensive ability, intangibles, and corner 3-point marksmanship make Tucker a player of great value to contending teams.