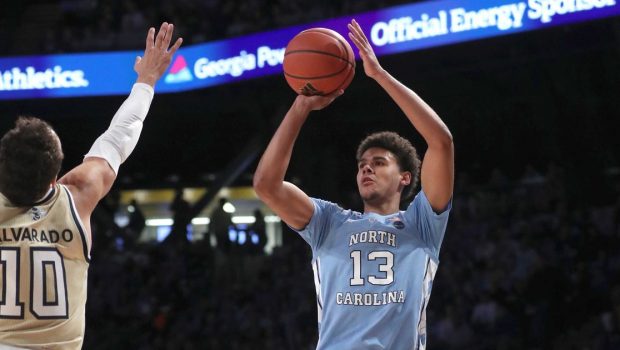 Johnson, a 6-8 ½, 205-pounder, is a terrific shooter with great range. His defense could improve.

And unlike a lot of kids who are one-and-downe, the western Pennsylvania native spent five years in college.

The Sixers want a pick who can step right in and help them get the to the NBA title.

Johnson began his career at Pitt after a standout high school career at Our Lady of the Sacred Heart in Moon Township. He redshirted his freshman season after suffering a shoulder injury. He went on to graduate from Pitt in three years with a communications degree, which made him eligible to transfer without sitting out a year. After the Panthers initially refused to release him to a conference foe, Johnson transferred to UNC with two seasons of eligibility.

This past season, he established himself as one of the nation’s top college players with career highs of 16.9 points, 5.8 rebounds, 2.4 assists and 1.2 steals, starting all 36 games.