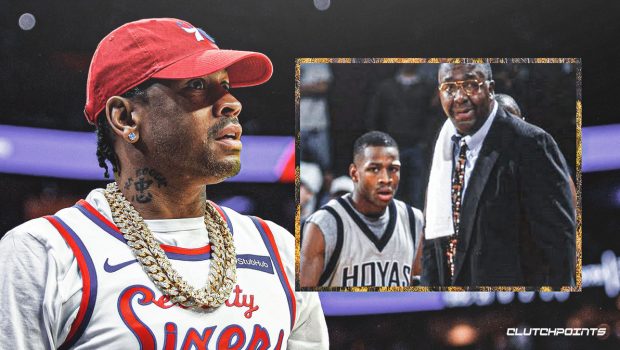 And Sixers legend Allen Iverson, who himself spent two amazing years with the Hoyas under Thompson’s tutelage, could not help but be emotional after learning about the passing of his former coach.

Thanks For Saving My Life Coach. I’m going to miss you, but I’m sure that you are looking down on us with a big smile. I would give anything just for one more phone call from you only to hear you say, “Hey MF”, then we would talk about everything except basketball……. pic.twitter.com/03yj4gZv5q

….May you always Rest in Paradise, where there is no pain or suffering. I will always see your face in my mind, hoping that I made you proud. “Your Prodigal Son”. #Hoya4Life pic.twitter.com/PberF54UqN

Iverson’s basketball career was already colorful even before he step foot in the NBA. After just two seasons with the Hoyas, Iverson declared for the NBA Draft. The 6-foot guard holds the title of the first player under Thompson to have left Georgetown early, which is likely what Iverson was referencing to — among other things — when he labeled himself as Thompson’s “Prodigal Son.”

Nevertheless, Iverson remains very appreciative of the impact Thompson had not only on his basketball career, but in his life as well. When Iverson was inducted into the Hall of Fame in 2016, he expressed his gratitude toward Thompson for everything the coach had done for him.

Thompson was the first Black coach to win the NCAA title for Georgetown back in 1984. Aside from Iverson, other notable NBA stars who played under the celebrated coach include Patrick Ewing, Alonzo Mourning, and Dikembe Mutombo, to name a few.