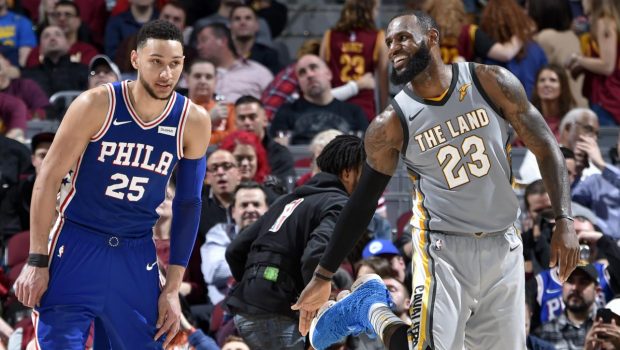 Free agency will begin at midnight Saturday, and at stake is nothing less than the balance of power in the NBA.

If James leaves Cleveland he will likely join the Los Angeles Lakers, Houston Rockets or Sixers, which would make any of them automatic NBA title contenders.

According to ESPN front-office insider Bobby Marks, Cleveland can offer James a more lucrative deal than any other team — a five-year max contract in the neighborhood of $207 million. Any other suitor can offer a four-year pact worth $152 million.

James, 33, is coming off one of his finest campaigns as a pro in 15th season. He played all 82 games for the first time and averaged 27.5 points (his most since 2009-10), tied a career high with 8.6 rebounds per game and set a career high with 9.1 assists per game while shooting 54.2 percent from the field.

He followed that up in the playoffs by averaging 34 points, 9.1 rebounds and 9 assists while shooting 53.9 percent. The Cavs advanced to the NBA Finals for the fourth consecutive season and were swept by the Golden State Warriors.