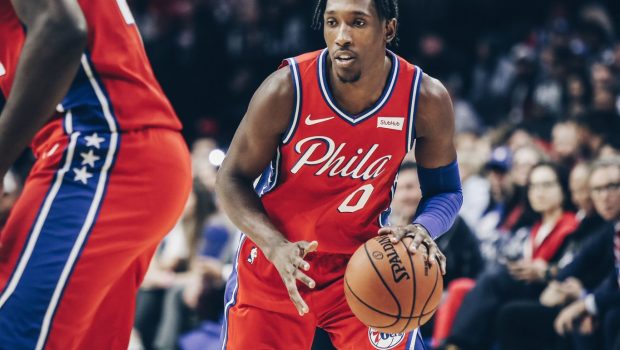 The Sixers will be without Ben Simmons (back tightness), Al Horford (day off) and James Ennis (calf) tonight when they play the Pistons in an exo at the Wells.

But that will put a lot more of the light on newbie 6-6 guard Josh Richardson, who was acquired in the off-season from the Heat.

Richardson was miscast as the Heat’s No. 1 scoring option this past season by default. But in a No. 3 or No. 4 role — which he’ll slide into in Philly — he should be a dynamic two-way co-star next to Joel Embiid, Simmons, Horford and Harris.

Richardson drilled 38.5 percent of his catch-and-shoot 3-point attempts last season compared to only 28.8 percent of his pull-ups. Routinely asking him to create off the dribble won’t produce efficient offense, but the Sixers should allow him to play more to his strengths on offense since he’ll be in a lower-usage role.

Richardson is also a smothering defender, having ranked 17th in ESPN’s Defensive Real Plus-Minus last season. As the shortest member of the Sixers’ starting lineup at 6-foot-6 (!), he’ll likely be tasked with locking down opposing point guards, many of whom he’ll have a distinct size advantage against.

These next few weeks may be your last chance to buy low on Richardson before everyone realizes he belongs in the conversation of the NBA’s top up-and-coming two-way wings.