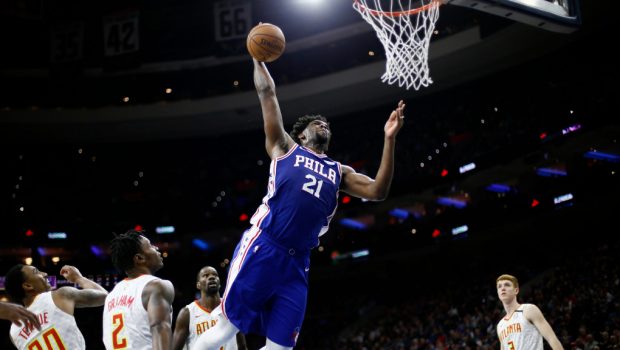 The Sixers lost a game last night to the Toronto Raptors — thanks Brett Brown, who can’t coach a lick in crunch time — but they don’t seem to have lost All Star center Joel Embiid.

He left after being hit in the right wrist in the first half and didn’t return.

The Sixers said Embiid got an X-ray at halftime that came back negative. Embiid, who is coming off an ankle injury he suffered in the first quarter of Sunday’s loss to the Portland Trail Blazers, was already going to be held to limited minutes, so he was kept out the remainder of the game.

A source told ESPN’s Malika Andrews the team isn’t concerned about there being a serious injury to Embiid’s wrist.

“I really don’t know a lot to share,” Brown said after the game. “I do know it was whacked twice. As it relates to what’s next, or the evaluation of it, I am sorry, I can’t comment on that.”