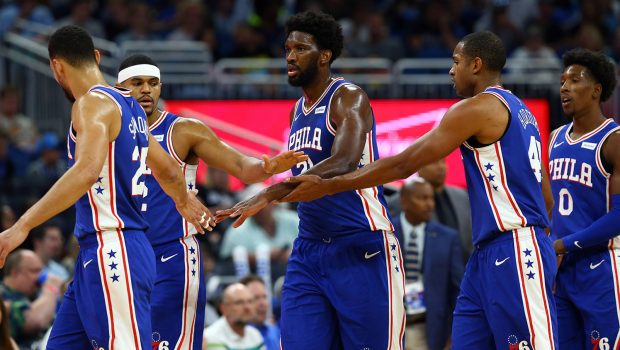 SIXERS JOJO’S HEALTH IS ‘BEST HE’S EVER BEEN,’ BROWN SAYS

Has Sixers All-Star center Joel Embiid really knocked off the 20 pounds he claimed at the start of training camp?

And does it really matter?

Coach Brett Brown said he didn’t know if he had reached his weight goal, saying Embiid’s health is the ”best he’s ever been,” but there’s work ahead.

”Is he an A-plus right now,” Brown asked. ”No, he is not. But he is trending in the way that we want. And nobody asked him to be that on opening night.”

The 25-year-old Embiid has never played in more than 64 games a season and has vowed to top that total in 2019-2020. The Sixers care more about having their franchise player healthy for the postseason than reaching some arbitrary number.

”I feel when I look at him, I think he looks healthy,” Brown said. ”He looks like he’s ready to have a great season.”