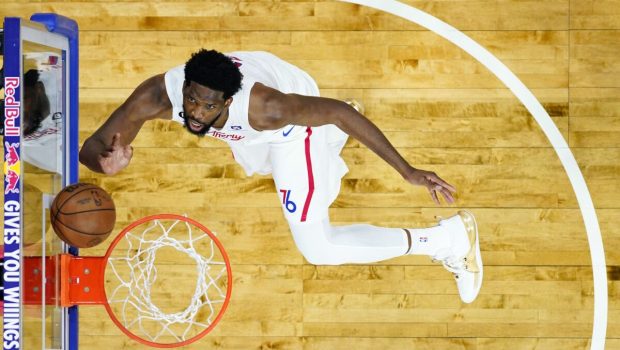 He just scored 81 points over the weekend, fewers that his 100-point weekend over a month ago.

And while Embiid is shooting a career-high 49 percent from the midrange, he has reached this level of efficiency despite a cold start to the season from beyond the arc (32.8 percent).

Embiid’s assist rate also is at a career-best mark, although there has been a rise in turnovers that somewhat offset that gain.

While so much of the past two seasons have been dominated by MVP talk, Embiid hasn’t found his name mentioned among the league’s top performers at the beginning of this season. That is because of factors other than his individual play, the aforementioned availability and lack of team success.

Yet, if Embiid can stay healthy, that will change soon. As a scorer, his statistics are slightly better than when he won the scoring title a season ago.