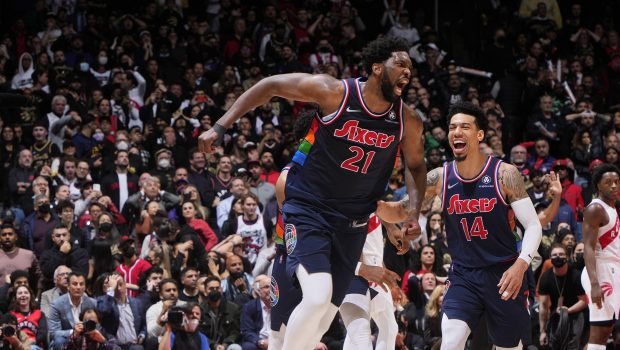 SIXERS JOJO WOULD’VE MADE 1ST-TEAM ALL NBA WITH NEW FORMAT!

Commissioner Adam Silver said the NBA is considering switching the voting process for All-NBA selections each season from the current position-based system to one where voters select the 15 best players, regardless of position.

Silver said he plans to address it with the National Basketball Players Association.

“In terms of determinations for All-NBA, I think a fair amount of consideration is going into whether [the media] should just be picking top players than be picking by position,” Silver said at a news conference ahead of Game 1 of the NBA Finals on Thursday. “I think we are a league that has moved increasingly toward position-less basketball, and the current system may result in some inequities based on the happenstance of what your position is.

“So that is something we’re looking at. It’s something that we will discuss with the players association because it has an impact on incentives and players contracts, and it has, you know, deep meaning for their legacy as well. So we will look at those things.”

The topic of whether the ballot should continue to be determined by positions has picked up steam over the past two years, as two centers — Nikola Jokic of the Denver Nuggets and Embiid — finished 1-2 in MVP voting. But because of the current system, only one of them has the ability to be an All-NBA First Team player, while the other — in both cases, Embiid — would have to be a second-team selection.