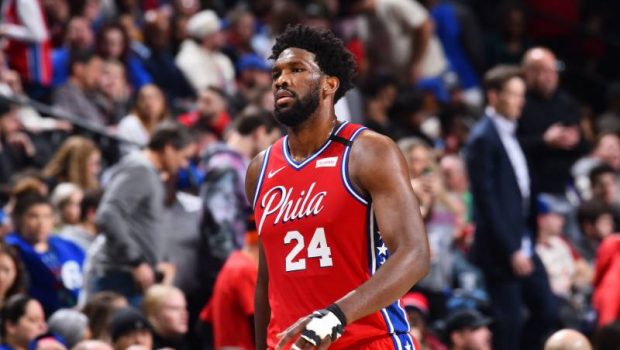 SIXERS JOJO WAS IN TIP-TOP SHAPE AFTER MISSING 9 GAMES!

“He looks like he is in way better shape than I expected,” coach Brett Brown said about Joel Embiid, who scored 24 points Wednesday night. “I think defensively, for the most part in transition defense, he was really in the right spot, making the effort to get in the right spot.”

And the Sixers went 6-3 without him.

“Usually, the thing that stands out the most to me with Jo is his condition,” Brown told the Inky. “It didn’t, and I think he deserves credit, he must have really gone overboard with his cardio work. I have been told he did, but when you see it is when you believe it, and I saw it, and he must have.”

After the game, Embiid said there was no soreness in his finger.

“I will probably blame that on the amount of turnovers I had,” he joked.

After his Jan. 9 surgery on the finger, Embiid couldn’t do any conditioning for five or six days, he said.

“You kind of lose your conditioning, but the past five or six days or so we have been ramping up a lot and running up and down the court and trying to get back into it,” Embiid said. On Tuesday night, “I was OK, I can do a much better job, but it was good to see, and I am only going to get better.”