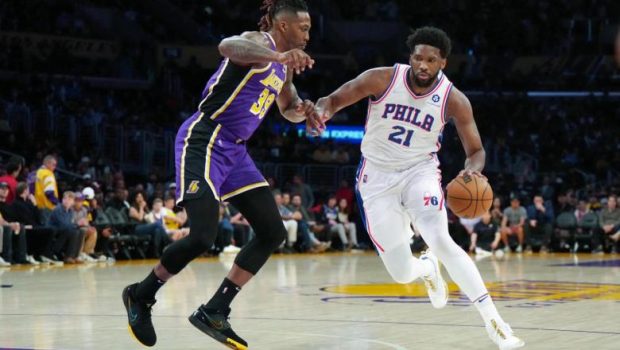 SIXERS JOJO RETURNS WITH A 30 AND 10 SLASH

Joel Embiid had 30 points, 10 rebounds, three assists, three steals and three blocks in the Sixers 126-121 win over the Lakers.

Embiid finally got a night off to rest vs. the Heat on Monday, and there aren’t any more back-to-back sets in March, but there are two in April to close out the season.