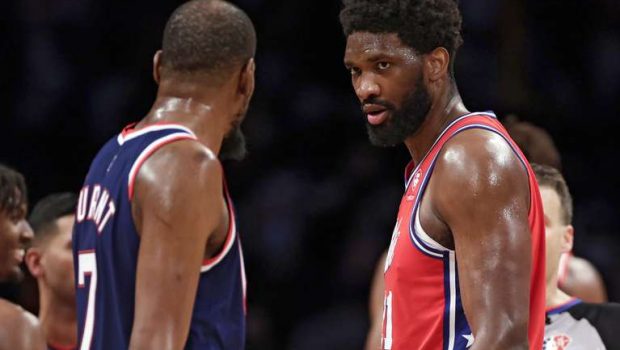 The Athletic was bought by the New York Times a few months ago.

And one of the things we have been wondering about it how will the Gray Lady change the zippy web site?

I am happy to report that The Athletic still rates the Top 125 NBA players:

5. Joel Embiid: I expect that having Embiid slightly below Nikola Jokic in this exercise will trigger vehement disagreement.

Which is fair. I think the easiest way I can justify the distinction is to look at team success in the playoffs.

Over the last three postseasons, the Nuggets have won two, maybe three series they weren’t “supposed to” (reaching the conference finals in the 2020 Bubble and making the second round last year despite essentially their entire projected guard rotation being unavailable).

Philly has lost a few they shouldn’t have (Atlanta two playoffs ago, arguably Miami this year).

This isn’t all Embiid’s fault, of course. Players in 1A have also had setbacks along these lines in recent years, most notably Giannis Antetokounmpo’s Bucks losing in five games to the Heat in the 2020 bubble. But Embiid and the Sixers don’t have any recent unexpected or overwhelming success to counteract those disappointments.

I will say that if Embiid at least duplicates last season’s minute load, efficiency and availability – he missed a career-low four games to injury with his other absences being either COVID-19-related or due to resting the final game of the regular season – it would take a particularly disastrous postseason to keep him out of Tier 1A.