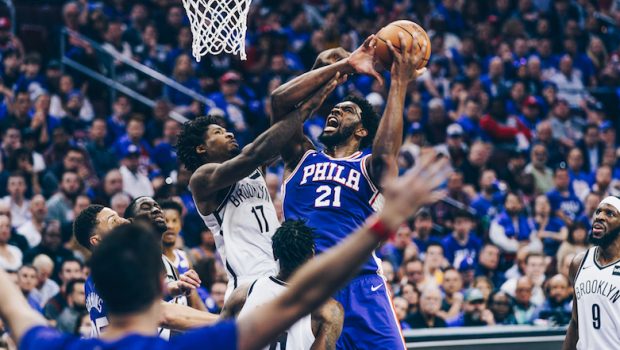 Joel Embiid is officially “questionable” for tonight’s Game 2 of the Sixers-Nets series at the Wells.

Which means that he’s playing.

Embiid played in Saturday’s 111-102 loss to the Nets in Game 1 of the Eastern Conference first-round.

The two-time All-Star – who was listed as “doubtful” for the first game of the series – tallied 22 points, along with 15 rebounds in 24 minutes of action.

“How do you deliver him responsibly to a later date in ultimately what you hope will be a deep playoff run?”

“It’s not as clear cut as you thought it would be on ‘how do you maintain a fitness base and still get his knee rest?'” Brown said. “What do we do to help him most now? I believe a solid plan is in place that can deliver him responsibly, incrementally to later dates.”