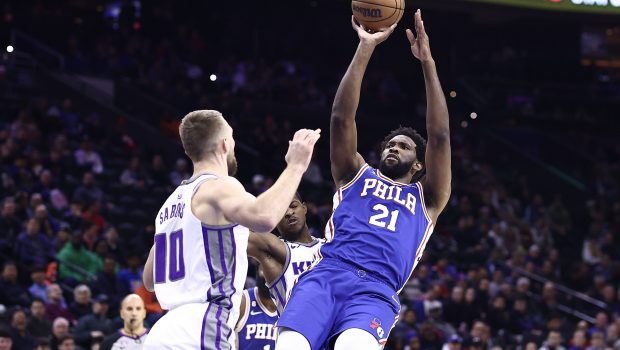 Embiid attempted just one 3-pointer as he focused on punishing the Kings in the paint.

And the approach paid off, as Kings starting center Domantas Sabonis was limited by early foul trouble.

By the time Sabonis could get untracked, Embiid and the 76ers were ahead by a comfortable margin (they scored 80 points in the first half).

Embiid has scored 30 points or more in five straight and 10 of his last 11 games.