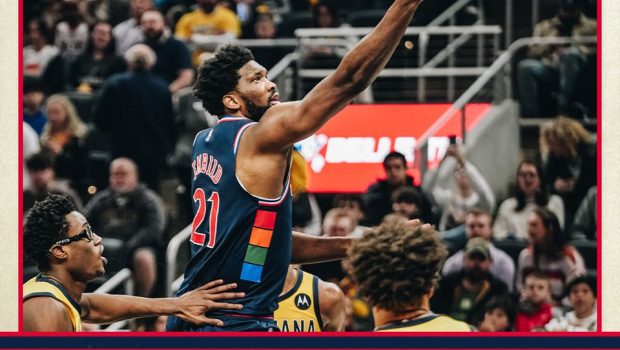 SIXERS JOJO IS REACHING FOR MVP AND SCORING TITLE!

The Sixers were up by as many as 27 and Indy came storming back.

big fella was feasting in Indy!

Tyrese Maxey went off for 30 points on 9-of-12 shooting, including a career-high eight makes from downtown, which easily bested his previous high of five.

He added three boards, seven assists, one steal, one block and three turnovers in his 38 minutes, and whatever worries about he and James Harden (11 points, 14 dimes, two steals, two triples, four turnovers) being able to both produce simply shouldn’t exist anymore (and shouldn’t have existed for a while now).

Tobias Harris took just 11 shots, making five of them (all triples) for a 17/6/5 line with four steals.