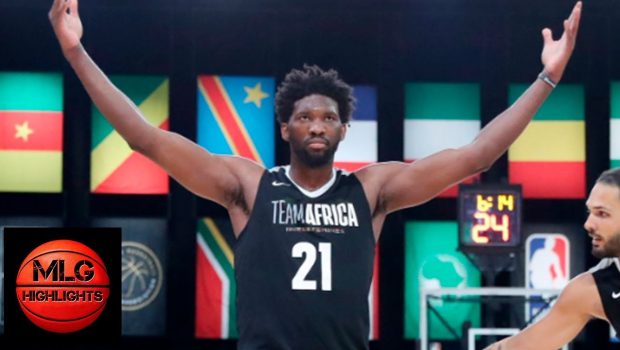 Los Angeles Clippers Danilo Gallinari led the scoring for Team World with 23 points, as well as eight rebounds and three assists, that earned him the most valuable player award. They made it a hat-trick of wins in the exhibition fixture after previous successes in 2015 and last year.

Team World led 78-68 going into the final quarter, but Team Africa were spurred on by a fired-up Embiid as they rallied to close the gap before running out of time.

It was a deserved victory for Team World though as they led from the start to the finish, with the win secured after solid displays from co-captains Rudy Gay and Khris Middleton, Harrison Barnes and Hassan Whiteside.

The fixture was played in front of an enthusiastic crowd and was the culmination of a week of events in South Africa aimed at growing the NBA brand on the continent and identifying young players who could be future drafts.

Embiid, who was the main attraction for the crowd, was spotted at a Basketball Without Borders (BWB) development camp in Cameroon in 2011 and three years later was drafted by the Sixers.

Aside from his game high 24 points, he also added eight rebounds and four assists.

The NBA Africa Game is an off-season initiative that also gives 78 boys and girls from 29 countries on the continent the opportunity to train with the NBA players.