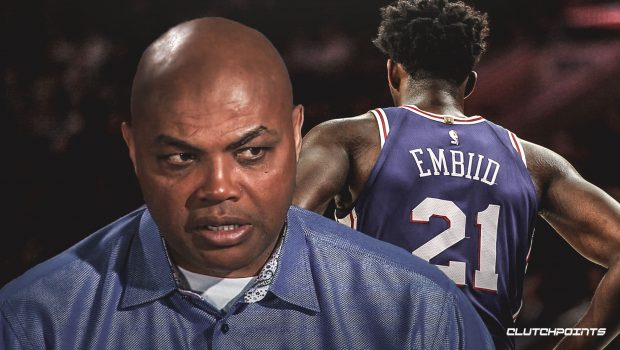 Charles Barkley, the Sixers former Round Mound of Rebound, has some advice for Sixers center Joel Embiid:

“Joel Embiid has got to get his fat butt in shape and Ben Simmons got to work on his game.”

“Joel Embiid has got to get this fat butt in shape” sounds pretty harsh, but Barkley only means for it to be a little kick in the rear for Embiid. Barkley recalled when someone did something similar for him, and how significant it was in his development.

Embiid’s level of fitness has been in question for years. Not just because of his early career injuries that caused him to miss astronomical amounts of time, but because the 7-foot literal big man had some questionable eating habits. He used to throw out vegetables and drink entire pitchers of Shirley Temples. His normal pre-travel Chick-Fil-A order is four spicy chicken sandwiches, four orders of fries, and four cookies and cream milkshakes. In other words, a regular lunch for four entire people.