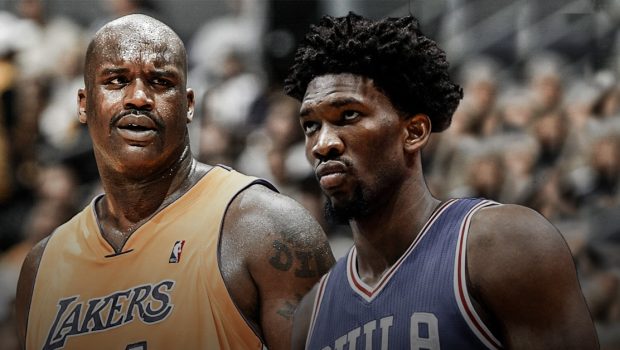 Hall of Famer and TNT analyst Shaquille O’Neal has been one of Sixers big man Joel Embiid’s toughest critics.

O’Neal, after all, was one of the NBA greatest centers of all time for 19 years and played on four NBA champs.

But in an appearance yesterday on The John Kincade Show on 97.5 The Fanatic, O’Neal started coming around.

“He’s playing up to his size,” Shaq said. “He’s playing with a lot more enthusiasm and he’s getting the numbers that it takes to be a big man in the MVP category.”

“But! Don’t get too happy,” Shaq warned. “Because in the NBA there are three seasons: the first half [of the regular season], the second half, and the playoffs. And if you dominate in all three seasons, especially the playoffs, then Philadelphia is gonna be a happy city.”