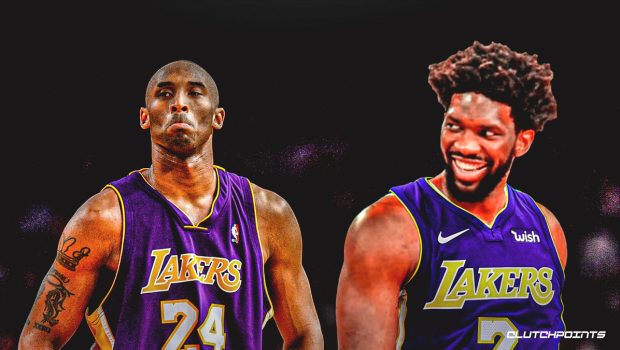 Joel Embiid wanted to be drafted by the Los Angeles Lakers and not the Sixers in 2014 and play with Kobe Bryant, according Yaron Weitzman’s book, “Tanking to the Top.”

Embiid was hoping to fall to the seventh pick, but he JoJo went third to Philly after Andrew Wiggins and Jabari Parker:

The Bucks, meanwhile, had locked in on Parker, another Arne Tellem client, at No. 2, and anyway, Embiid had no interest in playing there. “That place is corny,” Weitzman wrote.

What he really wanted was to fall to the Lakers at No. 7. He’d been living in Los Angeles and grown comfortable in the city. “Work your magic,” he told Tellem. Tellem knew there was no chance of Embiid plunging that far, so instead he and [Embiid’s French agent] Francois Nyam sold Embiid on Philadelphia. Tellem had grown up there. Nyam had moved there to play high school basketball. It took a bit, but Embiid bought in.

The Lakers drafted Julius Randle with the seventh overall pick after the Sixers selected Embiid, who missed the first two seasons of his NBA career because of his foot injury.

It’s fun to wonder what the Lakers could have been with Embiid and Bryant. Remember, the Lakers drafted D’Angelo Russell in the 2015 Draft. L.A. could have had a Big 3 of Embiid, Bryant and Russell, but that was only going to happen after Embiid recovered from his foot injury.

The All-Star made his NBA debut during the 2016-17 season, the campaign right after Bryant retired from the league.