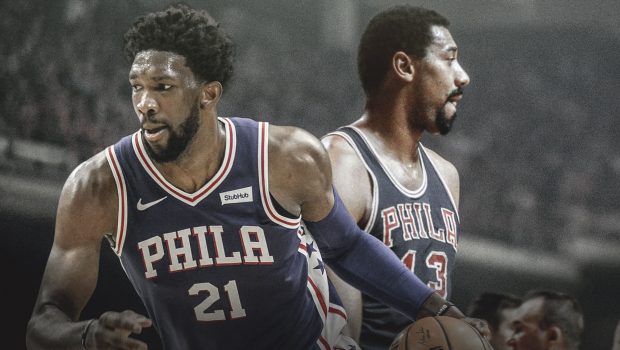 SIXERS JOJO EMBIID IN WILT AND SHAQ TERRITORY FROM THE LINE!

Joel Embiid missed four of the 20 he took Tuesday night in the win over the Celtics after he shot 12-for-17 from the line in a win over the Minnesota Timberwolves on Saturday.

“Getting to the free-throw line is a skill,” said Embiid. “A lot of people call it flopping, I’m physical. I’m gonna create contact, guys are gonna react, they’re gonna put their hand up and if I catch him slipping, I’m gonna get to the free-throw line. It’s not as easy as people think. It is a skill, not everybody can do it. You got to have a high basketball IQ to be able to pull it off.”

Joel Embiid is averaging 11.8 free throws per game this season.

Only 2 centers have averaged more in a season in NBA history — Shaquille O’Neal and Wilt Chamberlain. pic.twitter.com/74eNbmyULd