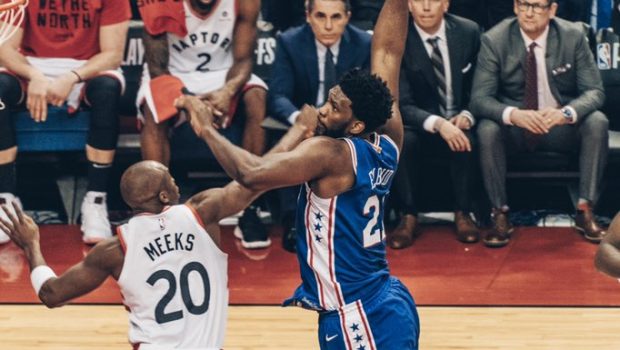 The Sixers were spanked in Game 1 of the Raptors series and Game 2 is tonight in Toronto.

Now Embiid says that he’s going to try to play it more minutes.

Via Dave McMenamin of ESPN:

“It’s still not there. It’s still trying to get better,” Embiid said at shootaround.

“But, we did a good job managing it. Obviously I only averaged about 24 minutes last series, so this one I’m definitely going to need way more than that.”

“It’s hard because I’m known for playing through anything and pushing, pushing it,” Embiid said. “And in some situations like Game 3, I couldn’t go because it was too much. But like I said, I just got to keep managing it and see how I feel and then go from there.”