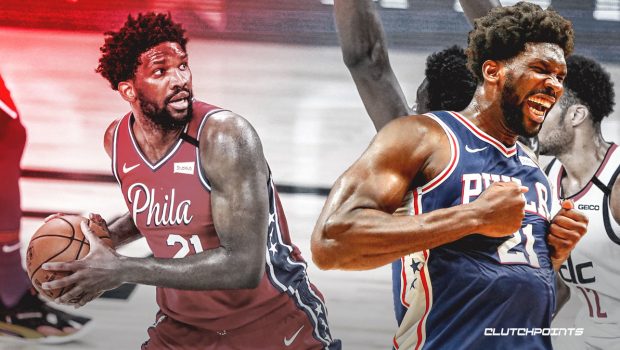 While the media spotlight has been on Ben Simmons bum knee, Sixers center Joel Embiid’s sculpted body has gone largely unreported upon.

He has put on a series of great performances in his team’s first few games in the bubble.

According to veteran Al Horford, much of his has to do with Embiid’s new and improved physique and health.

Embiid’s had a 27-point output in a win over the San Antonio Spurs and then he went for 30 and 11 rebounds against the Wiz.

The Sixers big man was 11-of-20 from the field, 8-of-9 from the free-throw line. He also had nine rebounds and five assists. Horford is not surprised by Embiid’s performance. Simply because he has seen the big man putting in the work.

“He’s been more impressive. You can tell he took care of his body and really trying to be ready to go on the court and he’s gone to great lengths to stay healthy, getting treatment, getting his work in, and all of those things. He’s doing everything he has to do. It’s no surprise that he’s playing at such a high level.”

Given the recent news of Ben Simmons’ injury, the Embiid might need to double up on his production. Fans better believe that Embiid will answer this call.