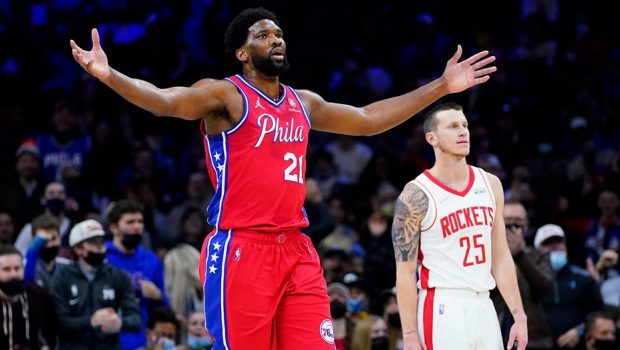 SIXERS JOJO EMBIID HAD A DECEMBER TO REMEMBER!

Embiid was the lone player during the month to post totals of at least 350 points, 140 rebounds and 50 assists. These totals led to Embiid posting eight double-doubles, which ranked second in the East and tied for fifth in the NBA.

In nine road games, Embiid averaged 32.8 points, 11.4 rebounds and 4.2 assists, while no other player with at least five road appearances posted such numbers. These averages were fueled by seven straight road games where Embiid scored at least 32 points, including a 41-point, 10-rebound game against at Boston on Dec. 20. So far this season, Embiid is tied for the league lead with three games of at least 40 points and 10 rebounds.