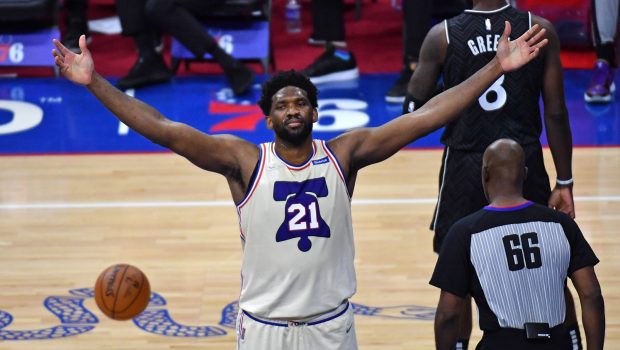 SIXERS JOJO EMBIID COULD BE BACK SATURDAY, WOJ SAYS!

ESPN’s Adrian Wojnarowski is reporting that Joel Embiid, who has missed the last eight Sixers games after testing positive for COVID-19, could be back on the court as early as Saturday for the team’s matchup with the Minnesota Timberwolves.

“There’s optimism that Joel Embiid can be back on this upcoming homestand in Philadelphia,” Wojnarowski said Tuesday on NBA Today (1:30 mark). “They play Saturday, they play Monday, and there’s optimism it could be as soon as Saturday.”

Embiid has missed half of the team’s games. Ben Simmons hasn’t appeared at all as his stand-off with the Sixers and desire to be traded lingers well into the season. Tobias Harris, Matisse Thybulle and Isaiah Joe have missed seven games each, also due to the NBA’s coronavirus health and safety protocols.