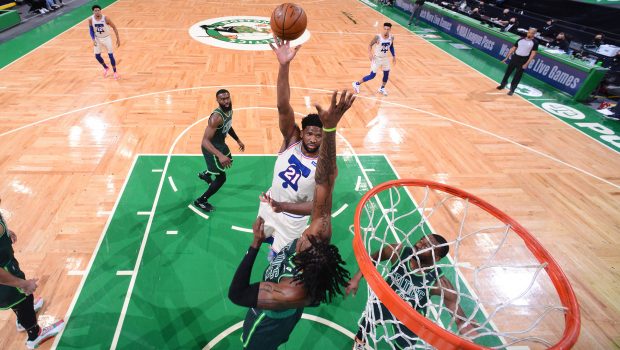 Joel Embiid dropped a 35-point game on the Celtics in an April 6 win.

The Sixers had already proven adept at winning games without the star big man.

Embiid certainly hasn’t missed a beat since his return, averaging 29.5 points in his two games back.

Embiid knocked down an incredible 16 free throws in a win Tuesday against Boston, which as a team took a total of just 18 attempts from the foul line.

Embiid claims he’s still trying to win the Defensive Player of the Year, and that makes the man a terror on both ends of the floor.