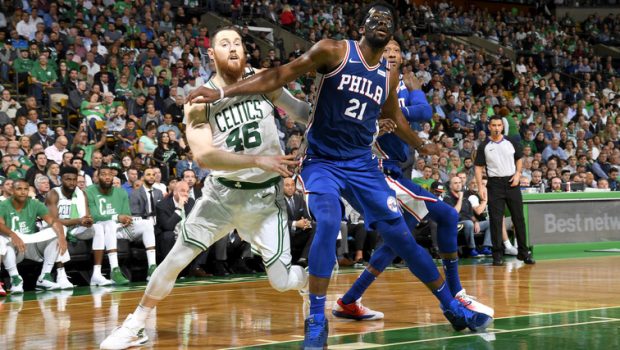 Man bun is in NBA just to get dunked on

And during last night’s Game 4 of the Eastern Conference finals between the Celtics and Cleveland Cavaliers, Embiid fired away.

The Celtics’ Aaron Baynes corralled a loose ball on the offensive end of and had a wide-open path to the basket.

But he forgot where he was on the floor, as he stayed stationary with the ball instead of turning and laying it in.

Baynes was fouled going for a layup. But the gaffe caused Embiid to fire a shot at the Australian big man.