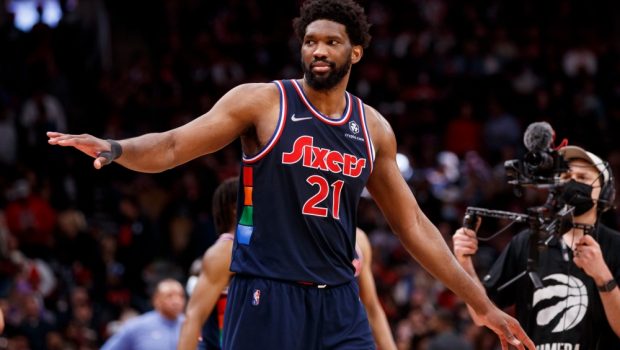 The Sixers won’t have center Joel Embiid Monday night in game 1 against the Heat.

Embiid is listed as out with a right orbital fracture and concussion he suffered in the series-clinching 132-97 Game 6 victory over the Raptors on Thursday night.

The team announced tonight that he is out indefinitely.

The injury apparently occurred when Embiid took an elbow from Cameroonian Pascal Siakam of Toronto in the second half.

Embiid has been playing through pain this postseason after sustaining a torn ligament in his right thumb — and now this orbital fracture, concussion, and will now be sidelined. 🙏🏽 https://t.co/3q9BPF9VAv