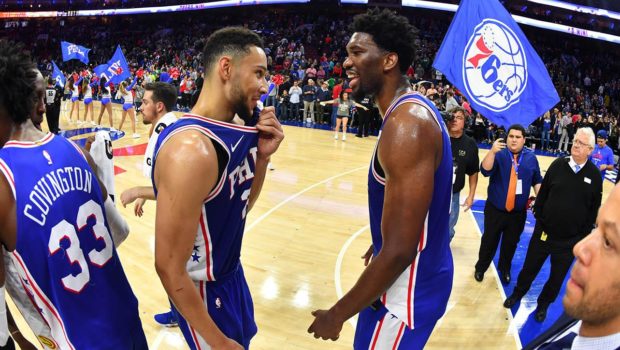 SIXERS JOJO AND BENNY ARE UP FOR POSTSEASON HONORS!

The Sixers may be done for the season on the court, but two players are definitely alive on the ballot:

Rookie of the Year

Utah’s Donovan Mitchell – Taken with the 13th overall pick, Mitchell spent the season making those who passed on him regret their decision.

SIXERS Ben Simmons – After spending a year on the sidelines with a foot injury, Simmons’ rookie season proved to be well worth the wait.

Boston’s Jayson Tatum – The third overall pick played a significant role for the Celtics from the get-go and finished the season ranked eight in the NBA with a three-point percentage of 43.4%.

Defensive Player of the Year

Utah’s Rudy Gobert – The Jazz boasted an NBA-best defensive rating of 97.5 in the final 38 games of the season after Gobert returned from a knee injury.

SIXERS Joel Embiid – The Sixers had a defensive rating of 99.9 with Embiid on the court and 111.1 with him off.