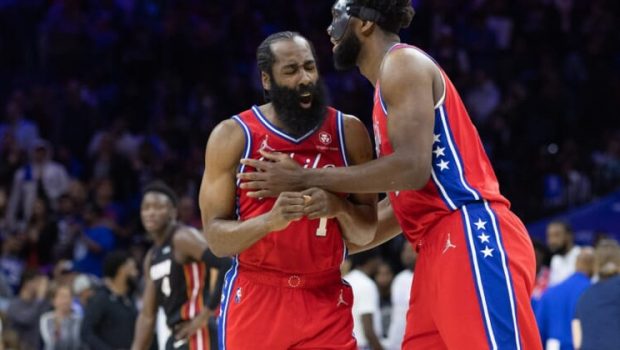 SIXERS JOJO AND HARDEN STILL IN THE ‘FIGURING OUT’ PROCESS!

The James Harden melodrama in Philly has been playing since Feb. 10.

Just a little more than 10 months since the Nets traded Harden to the Sixers for Ben Simmons.

And, while it may seem like a long time, it’s good to remember this, courtesy of the New York Times:

Since the 76ers traded for Harden in February, he and Joel Embiid have played together in just 32 regular-season games, including 11 games this season.

“It’s not a lot,” said Harden, who had 27 points and 9 assists against Golden State on Friday.

“So every single game, we’re figuring each other out: me getting it going or him getting it going, our pick-and-roll, how teams are guarding us. It’s a game-by-game scenario. So we just keep building on that. It’s actually fun.”