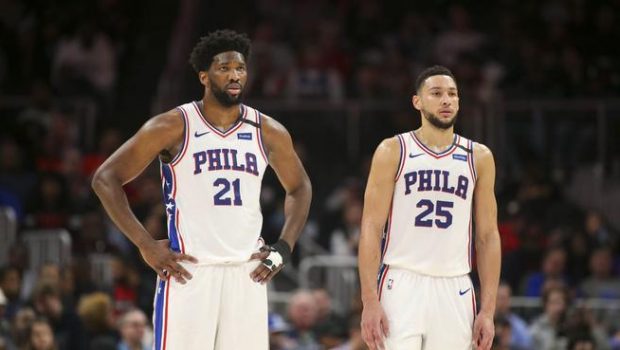 SIXERS JOJO AND BENNY COULD PLAY THURSDAY — OR SATURDAY

All-Stars Joel Embiid and Ben Simmons are no longer in Atlanta, league sources say, having both traveled back to Philadelphia earlier today via private planes after registering negative tests for COVID-19.

Embiid and Simmons also both came to Atlanta on separate private planes.

The Sixers Joel Embiid and Ben Simmons were deemed out for the All-Star game because they got haircuts Friday from a barber who has since tested positive for COVID-19.

So they hustled back to Philly and they continued to test negative for the virus.

“I’ve talked to both of them,” coach Doc Rivers said last night.

“So far, so good as far as their testing. They feel great. They both obviously wanted to play. We’re disappointed, but their biggest concern was being able to play the first two games when we get back. We don’t know the answer to that yet and that’s going to be really important for us. It would be tough to start the second half of the year and not have either one.”

“That’s a relief,” said Rivers. “Now we need some more good news. It’s five days and we’re in the clear, but anything longer, I think they’ll miss some games.”

The Sixers don’t play again until Thursday at the Chicago Bulls, nso as long as they continue to test negative over that span, they should be set to go. Rivers explained that it takes roughly five days due to the tracing.

“I don’t know,” he finished. “I’m thinking Saturday, but that’s what I’m hoping. By my count, it started Saturday.”