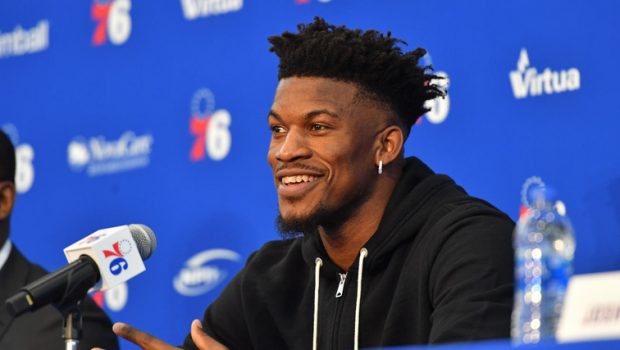 Here’s the thing about the Sixers trading Robert Covington and Dario Saric for Jimmy Butler.

Yeah, I know Jerryd Bayless was shed too, but he has been virtually useless since he’s gotten to Philly so I count his absence as a plus.

He and Jah Okafor were virtually the only players worth watching in 2015-16, when the Process produced 10 wins. Roco could play a little defense, and on that team, which was next to last in the NBA on defense, his effort really stood out.

But by the next season, when JoJo Embiid began showing off his talent, and last season, with the addition of Benny Simmons, it became apparent to me that Covington had hit his NBA ceiling.

Nothing convinced me of that more than his woeful five games against the Celtics in the second round of the playoffs.

The C’s locked down the perimeter, so Roco’s shot was non-existent. He could never shoot off the dribble, so that was another problem. But his defense was the big Red Flag:

He couldn’t guard anyone as the Sixers went down in five games.

I am conflicted about Saric.

He’s a smart, tough 6-10 banger, and when he’s on he can shoot well from downtown. He’s an effective rebounder and passer. But, he’s not very athletic and he’s a defensive liability.

Even Stevie Wonder could see that he’s gotten off to a slow start this season, and as Art Beitchman wrote last week his offseason play for Croatia has undoubtedly taken a toll on his body.

He picked up his game just in time to make the dumb-ass Timberwolves bite on this deal.

You’ll read elsewhere that these two losses will really hurt the Sixers’ chemistry, or some such bullshit.

Chemistry is what you take in high school.

In the NBA, wins and playing into June are the coin of the realm.

And I tip my hat to GM Elton Brand for pulling this off and snagging Butler, who gives the Sixers a must better chance to win a title than Saric or Covington ever would have.