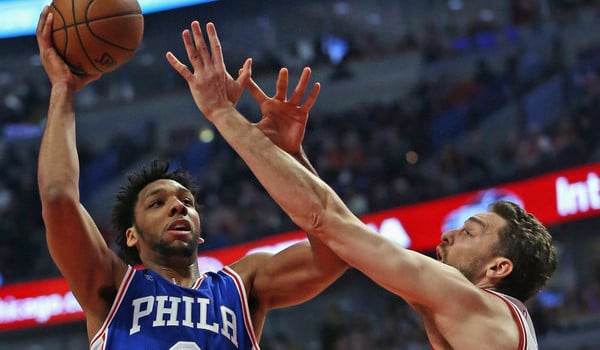 SIXERS’ JAH OKAFOR OPENS UP ABOUT HIS GAME AND HIS FAME

“It was Thanksgiving eve,” the Sixers’ rookie sensation tells ESPN.com. “Me and one of my teammates went out,” he says from his penthouse, declining to name the teammate. “As we were leaving the club, there were these guys pretty much heckling us, just normal stuff, saying, `You suck.’ I was already frustrated that we were losing. At the time, we were 0-16, and we’d just lost a close game we should have won. I can’t really talk about details [of the fight]. Pretty much what you see in the video. I was upset. I made a mistake. I let them get under my skin. I reacted.

“When the video came out, it was definitely embarrassing. It was hard to watch. I’ve watched the video once pretty much because I was disgusted looking at myself in the video.”